Work kicked off in March 2014 on a major redevelopment and expansion of Stockland’s Baldivis Shopping Centre, an hour’s drive south of Perth. Probuild is carrying out the work and has appointed RM Surveys as Project Surveyor. Site work began with a Dilapidation Survey of the entire precinct which was also carried out by RM Surveys. The redevelopment will cost $116 million and is scheduled to be completed in 2015. As well as new Coles, Woolworths and K-Mart stores, another 75 new specialty retailers will take the centre to a total of 95 speciality stores. The redevelopment will also include a new 275 seat indoor and outdoor dining terrace and 1,400 car parking spaces. 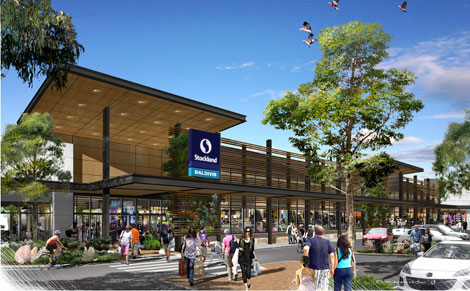