RM Surveys is assisting in the upgrade of ‘D’ and ‘E’ Berths at Victoria Quay, in the Port of Fremantle. The Fremantle Port Authority appointed LKS Constructions to carry out the work, and Engineered Water Systems (EWS) was then appointed as a subcontractor.

As part of the upgrade, a new buffer system is being installed to replace the current, ageing buffer system. The new buffer system comprises a set of vertical and raked piles that need to be accurately positioned, and EWS has engaged RM Surveys to carry out the critical positioning work. 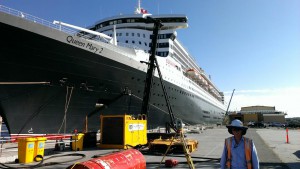 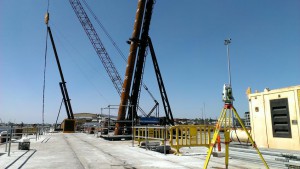