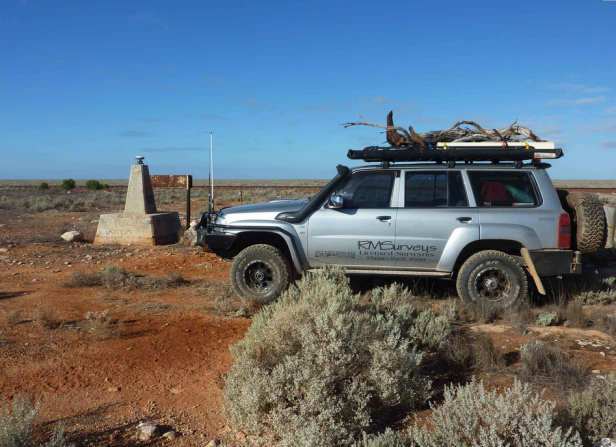 RM Surveys Director Geoff Robb was involved in a Curtin University expedition to the Eyre Highway at the Western Australian / South Australian border.

RM Surveys was pleased to be a sponsor of the expedition, which is a biannual project for final year surveying students, and saw Geoff in a mentoring role, which he clearly enjoys as much as it is appreciated by the students.

The project involved finding old survey marks and resurveying them, tying them in to the state’s geodetic network. The students were actually re-establishing hundred-year-old survey marks – some of which were first placed by some of the state’s earliest exploring surveyors.