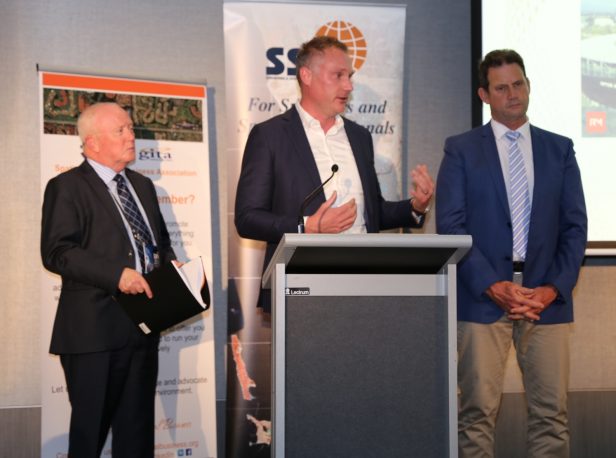 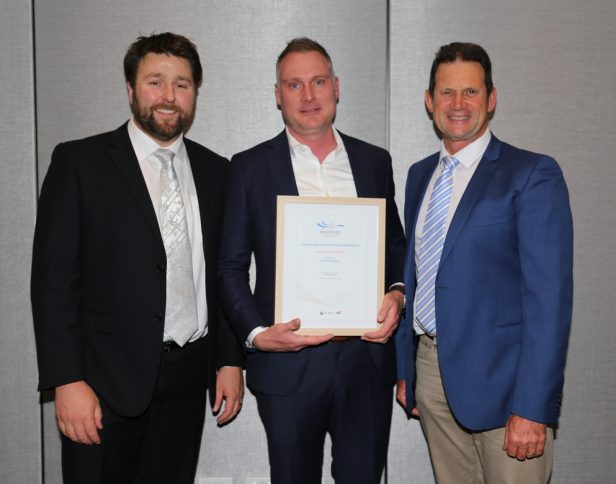 RM Surveys took home a win at APSEA regional awards Western Australia Friday 19 October for the development of an inground services co-ordination consultancy service for the precinct area of the Optus Stadium.

Winning ‘Judges Commendations’ in Spatial Enablement, the category recognises products or projects in which the application of spatial information, methodology and/or tools has greatly improved the outcomes of a project, process or product.

As project surveyors for the construction of the New Perth Stadium (Optus Stadium) and surrounding Precinct areas, Multiplex was faced with the challenge of two construction methodologies within the one project; the “BIM” method for the main New Perth Stadium works, and the “traditional” approach for the surrounding Precinct areas which meant data was proliferated in an inconsistent format and in various locations.

Bjorn Bernhardt, Survey Manager for RM Surveys and Perth Stadium said, ” RM Surveys is extremely honoured to accept this award and earnestly grateful for the recognition of three years hard work on this project. I think the builder should be applauded here to have the foresight to see there was an issue, and providing RM Surveys with the opportunity to coordinate the spatial data for the project.”

The Asia Pacific Spatial Excellence Awards are conducted regionally in 9 locations across the Asia Pacific region, culminating in a national gala dinner to be held in Melbourne in April 2019.